The 2021 Historic Resources Survey considered all properties including buildings, structures, objects, and sites constructed through 1976, which includes properties at least 45 years of age by the end of 2021.  The survey included approximately 330 properties previously identified in the 1990 and 2003 historical resources surveys and the entire Cultural Resources District (CRD).  The survey also considered the remainder of the City (with the exception of Tustin Ranch and Tustin Legacy Specific Plan areas below) to identify additional properties of potential significance.  The final survey report did not result in any properties receiving formal historic designation as part of the survey; this is a completely separate process subject to public notification, participation, and review

links to surVey documents below:

how was the survey conducted?

Does the survey include historic context statements?

Yes.  The Historic Context Statement analyzes historic contexts and themes in Tustin from pre-1870 through 1976, and more specifically:

Tustin’s built environment represents an array of architectural types and styles that represent different periods in the City’s development. Together, these various architectural styles provide Tustin with distinctive qualities and help to define the community’s character.

What were the survey findings?

is there any potential for expanding the culTURal resoruces district? 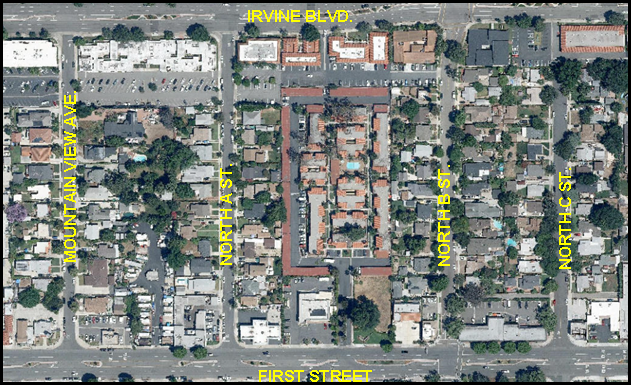 are there any new identified historic resources?

Forty-two (42) properties (Table 2) have been identified as potentially eligible individuals, districts, and non-parcel resources. In contrast with properties identified in previous surveys, many of these resources date to Tustin’s period of intensive postwar development between 1946 and 1976, and they are predominantly multi-family residential resources rather than single-family.  Information for the newly identified resources can be found in Exhibit A - Appendix E3.   The twenty-eight (28) individually eligible properties are located throughout the City and would be eligible for listing in a local, state or national historic register should the property owner decide to seek designation.   Staff will make a recommendation to the Planning Commission at a future date as to whether the eleven (11) potential historic districts and three (3) potential planning districts should be designated as districts.

was there any community outreach during the survey update process?

November 12, 2019 – Survey update overview with the Planning Commission.   They included the following information:

March 12, 2020 - The Community Development Department had also scheduled a public workshop on March 12, 2020, to kick off the survey update efforts, provide information on the survey process and to gather input from the community.  Due to the Covid-19 pandemic and the closure of City Hall and other meeting places, the live public workshop was cancelled.

June 2020 through June 2021 – The team was able to commence the field survey work and background research.  The team conducted direct outreach via email and phone to the targeted community members and focused on meeting with individuals with specific knowledge of the properties.  The discourse continued throughout the survey project.

October 13, 2020 - Planning Commission acting as the Historic and Cultural Resources Advisor, conducted a public workshop which included a presentation with an update as to the status of the survey project, including the progress in conducting background research, the reconnaissance survey and drafting the Historic Context Statement.

How will the architectural style guides and DPR FORMS be used?

As an important land use planning tool, staff, the Planning Commission, and the City Council will use the survey to make informed decisions related to historic resources, guide homeowners and developers, develop and implement land use policies, perform environmental review pursuant to the California Environmental Quality Act (CEQA), consider adaptive reuse of existing resources, and educate the public in understanding and in appreciation of the community’s history.

The Department of Parks and Recreation (DPR) forms are primary records of each identified historic resource and can be used by property owners to nominate their properties to the California or National Register of Historic Places.  Staff will use the DPR forms to inform and guide the review of potential alterations of historic buildings. The updated 2020 DPR forms combined the information that was contained in the prior DPR forms prepared during 1990 and 2003 surveys.

is there is a map of the survey area and historic resources?

The map below depicts the survey area and the properties identified in the Master Findings Map.  Staff is also in the process of creating an interactive (GIS) map which the public could use to display the survey results and photos.  If you wish to see the list of the properties, please refer to Appendix E-1  of the survey document. 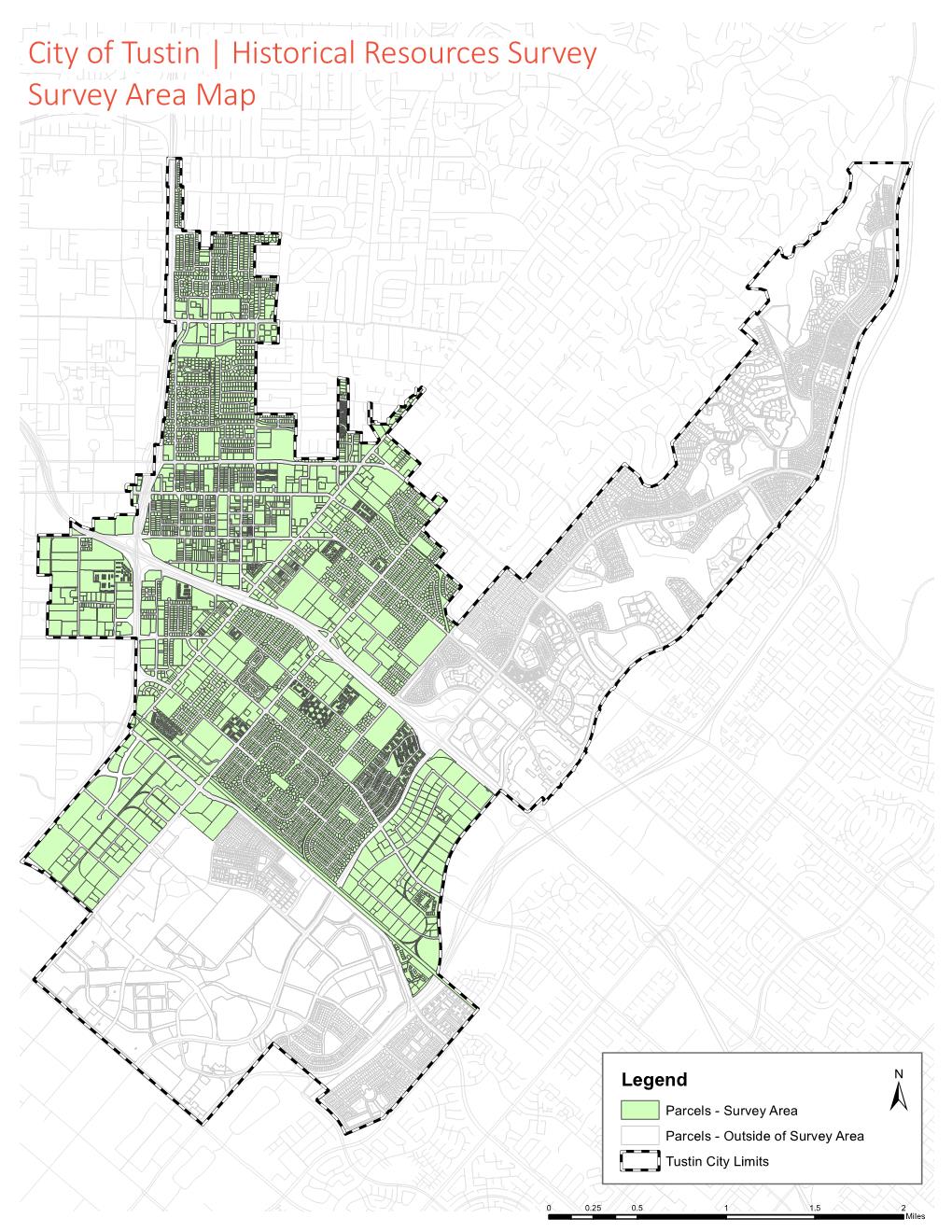