Physical improvements installed over the years to support the mission of MCAS Tustin included: 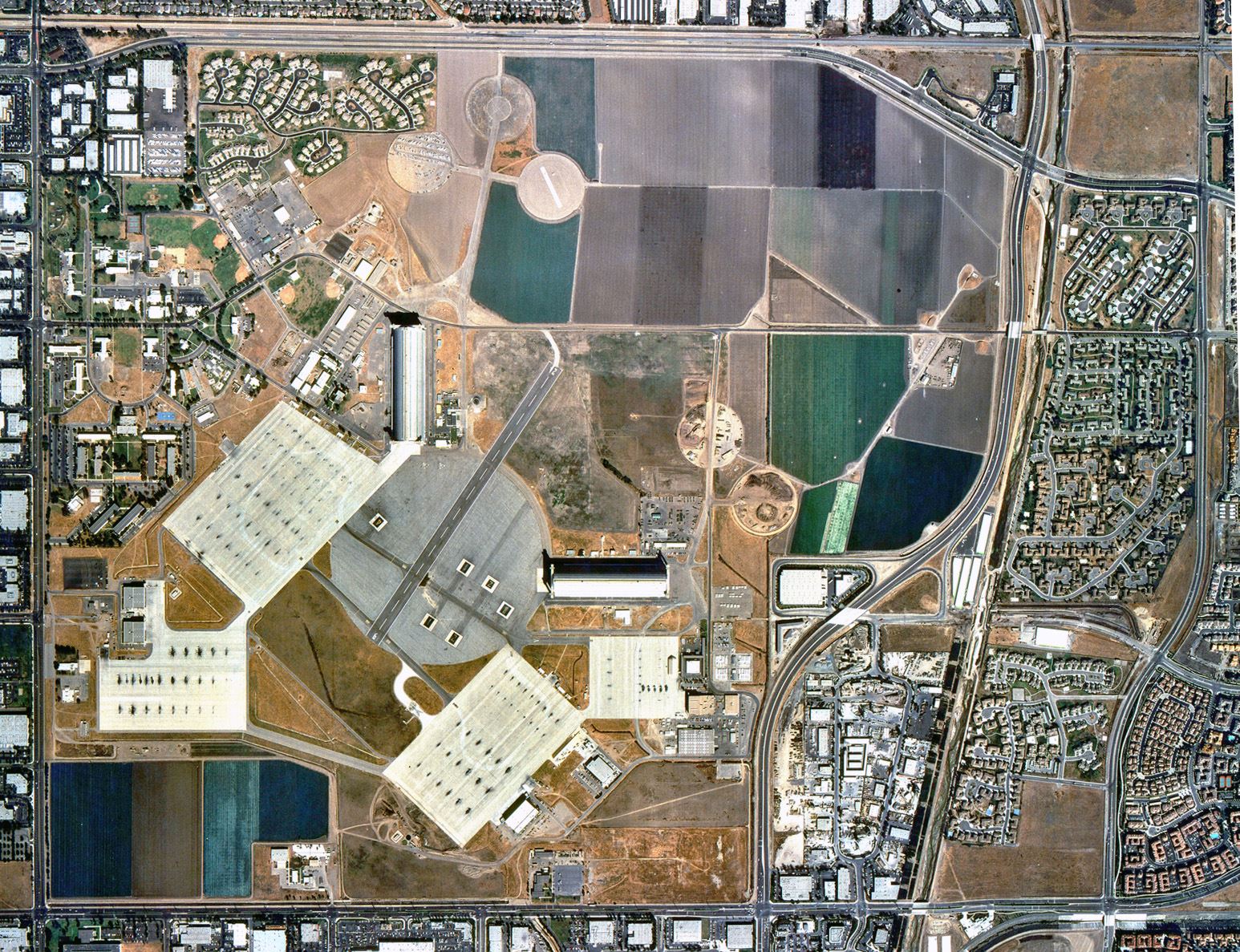 During the operation of former MCAS Tustin, certain contaminants were released into the soil and groundwater primarily resulting from, but not limited to:

Since the initiation of the “Navy Assessment and Control of Installation Pollutants Program” in 1980 (which later became the current Installation Restoration Program (IRP)), the Navy has successfully completed numerous site investigations and remedial actions; however, contaminated groundwater plumes remain (PDF).

The chemicals of concern (COC) remaining in the groundwater are generally a result of fuel and solvents previously used in the operation of former MCAS Tustin.

Remediation continues to be undertaken by the Department of the Navy under oversight of the U.S. Environmental Protection Agency (EPA), and the California EPA (Department of Substances Control (DTSC) and Regional Water Quality Control Board (RWQCB)).

Per- and PolyFluoroAlkyl Substances (PFAS)

PFAS are an emerging contaminant nationwide and worldwide. The Navy is currently assessing PFAS impacts at Tustin Legacy with DTSC and RWQCB oversight. The City has prepared a brief frequently asked questions on PFAS below as the Navy continues its characterization.

Why did I get a letter from the Navy notifying me about PFAS?

Tustin Legacy is a former military base (MCAS Tustin) so it is subject to the environmental regulatory requirements of the Comprehensive Environmental Response, Compensation and Liability Act (CERCLA) process. While there are no current established cleanup goals for PFAS, the Department of Defense has directed all branches of the military to investigate PFAS at current and former military installations.

The Navy is nearing completion of a “Preliminary Assessment/Site Investigation” (PA/SI) report that identifies areas not owned by the Navy that, based on historical records, may warrant additional research or investigation for PFAS. The CERCLA process requires property owners to be notified before any potential future actions are taken.

PFAS are a class of man-made chemicals that have been used to make products that resist heat, stains, grease, oil, and water, and have been used in household and industrial products from non-stick cookware to firefighting foams. The chemicals do not readily break down in the environment and have the potential of migrating into groundwater.

What are the sources of PFAS at former MCAS Tustin (Tustin Legacy)?

According to the Federal government, the most prevalent application of PFAS at former military bases appears to have been in some formulas for “aqueous film forming foam” (AFFF) for firefighting. AFFF could have been used during:

Is Tustin Legacy the only PFAS impacted former military base?

No, PFAS has been detected at almost all current and former military bases across the US.

Where has PFAS been found at Tustin Legacy?

The City has found PFAS in soil and groundwater but based on a screening level human health risk evaluation, there is not a known risk to residential or other uses.

Are PFAS harmful to human health?

The drinking water delivered by the Tustin Water Department and by the Irvine Ranch Water District (IRWD) does not contain PFAS.

What are the cleanup goals for PFAS?

The EPA has issued a Lifetime Health Advisory for PFAS of 70 parts per trillion (ppt) for drinking water. However, this is a health advisory, not a cleanup standard. The State of California has been regulating PFAS in drinking water since 2018. There is no current cleanup goal (EPA or CA) for non-drinking water and soil.

Has the City tested for PFAS on other areas of Tustin Legacy?

What else has the City done related to PFAS and the Navy?

The City works with the Navy and state and federal on-site investigation and analysis regulatory agencies in developing reports and understanding any potential impacts to residents at Tustin Legacy. While the City does not have independent expertise on PFAS, the City protects its residents and will hold the Navy and others responsible to ensure the public’s water supply is safe. The City believes that the Navy needs to further its work to characterize PFAS to the greatest extent possible so that the impacts (if any) to residents are known. There are no known health risks from the PFAS at Tustin Legacy at this time.

Environmental issues and remediation activities of former MCAS Tustin are handled by the BRAC (Base Realignment and Closure) Cleanup Team (BCT), comprised of the Department of the Navy, the Santa Ana Regional Water Quality Control Board and the CA Department of Toxic Substance Control.

Any questions on environmental remediation activities should be directed to those entities. The primary point of contact is Kyle Olewnik, Navy BRAC Environmental Coordinator. Her email is kyle.e.olewnik.civ@us.navy.mil.